Dr. KONO Shion is an associate professor of literature at Graduate School of Global Studies and Faculty of Liberal Arts, Sophia University, Tokyo. He specializes in comparative literature and modern Japanese literature.

He received his Ph.D. in Comparative Literature at Princeton University in 2003. He has published “Mori Ōgai and the ‘Literature of the World’. Reading Hyaku monogatari through the Eyes of the Foreign Reader” (Klaus Kracht (ed.), “The Rhetoric of Annotation in Mori Ogai’s Historical Fiction and Shiden Biographies” in The Journal of Japanese Studies, and also published articles in various local and international publications. He is also the author of Sekai no dokusha ni tsutaeru to iu koto (“Delivering Texts to the World Reader”; Tokyo), which discusses the issues of reading Japanese literature as world literature and of studying Japanese culture through the lens of area studies. His current areas of interest include Mori Ōgai’s multilingualism, contemporary Japanese criticism, and the ideas of Japanese literature as world literature. 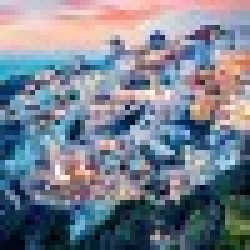