​In a busy city of sleepless people, we often tend to ignore the simplest growth of life amidst the concrete jungle. On that note, Jeffrey Jay Jarin presented an exhibit of unabridged reality of co-existence between man-made structures and organisms over the weekend at Art Underground gallery. Inspired by the Brutalist architecture of the 1950s to mid-1970s, Jarin unveiled the distinct contrast of buildings and organic growth of plants that serve to breathe life amidst the blandness of the structure.

Stirred by the Swiss-French architect Le Corbusier, Jarin entitled the exhibit Béton Brut which refers to the technique of using raw concrete in construction. As he revisits the art of brutalist period, Jarin emphasizes the significance of organic elements to urbanization.
“My main concept is the characteristics of plants in an urban setting and how they adapt in the city living” Jarin said in an interview. Jarin also explained that he was fascinated by their certain characteristic to grow anywhere [in the city] without knowing that they could actually grow in those particular areas. “It is as if they are trying to get back what’s theirs in a man-made place we are currently living” he added.With regards to his style, Jarin uses acrylic and aerosol as a medium as he is fond of working on solid colors and fast-drying material for his layering techniques compared to oil based mediums. Additionally, he is greatly influenced by the English painter David Hockney, specifically with his use of flat bright colors.

“I am fascinated by his life and I’m just always mesmerized by his works especially the big splash. And if you will also observe, [his works] has less people [as a subject] and the perspective he is doing really is a very good influence to me including the color schemes and everything” Jarin explained.

Despite the misleading negative connotation with the word “brutality”, Jarin artistically made a positive output of it. As defined – contrary to that negative attachment – Brutalism’s etymology actually came from the French word béton brut which literally means “raw concrete” as in in essence honesty. Jarin recalls the aesthetic of this controversial architectural movement in relation to his honesty with the way he boldly perceives things and certain aspects of life. Jarin profoundly combined the concept of organic elements growing in “raw concrete” structures using three elements: sand, blocks, rocks. Sand as the raw or dead material that could turn into hallow blocks, and rocks where the death of these blocks could be resurrected by the unusual growth of plants through its gaps. As he have described it briefly, “from death to life to death and to life again”, life or nature for this matter will always find its way to live again even in the most bizarre cracks.
​
Béton Brut runs until April 21, 2018 along with two other shows Gerecho Iniel’s “Seeing waves: To tune the listening ear to the field of what cannot be seen” and Rafaelle Louise’s “Archipelago” at Art Underground. 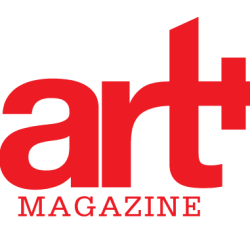 Retrace the Filipiniana’s many forms at the Obra Maestra Exhibit at Shangri-La Plaza
October 19, 2019

Confronting The Sublime in Samantha Feleo’s “The Horizon of Expectations”
October 19, 2019